Yellow Hands represents the unrecognized work of millions of people worldwide. Many of the products consumed in Europe mask shameful stories of sweat shops in Asia. This project brings to light this reality in a playful way that is open to interpretation. The intervention consists of Koinobori flags in the form of hands. These floating hands are installed in the banks of the river Amstle where the wind always blows.

These hands of air could be a protest against any problem. In Amsterdam they stand against sweat shop labour but they could be used against the discrimination of women or the deforestation in the Amazon. 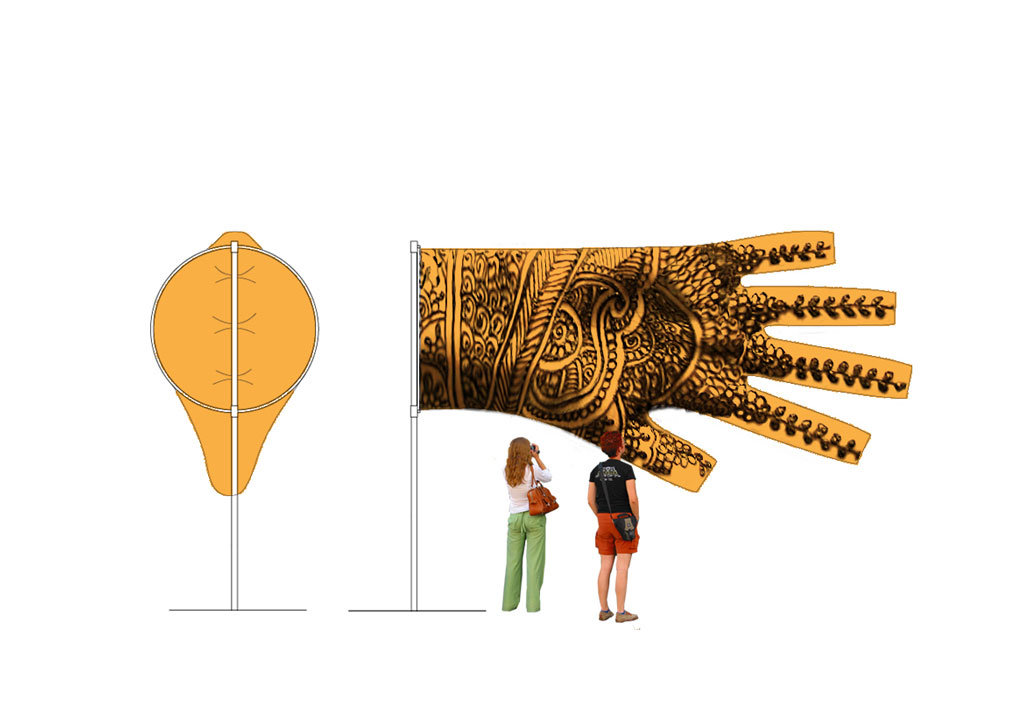