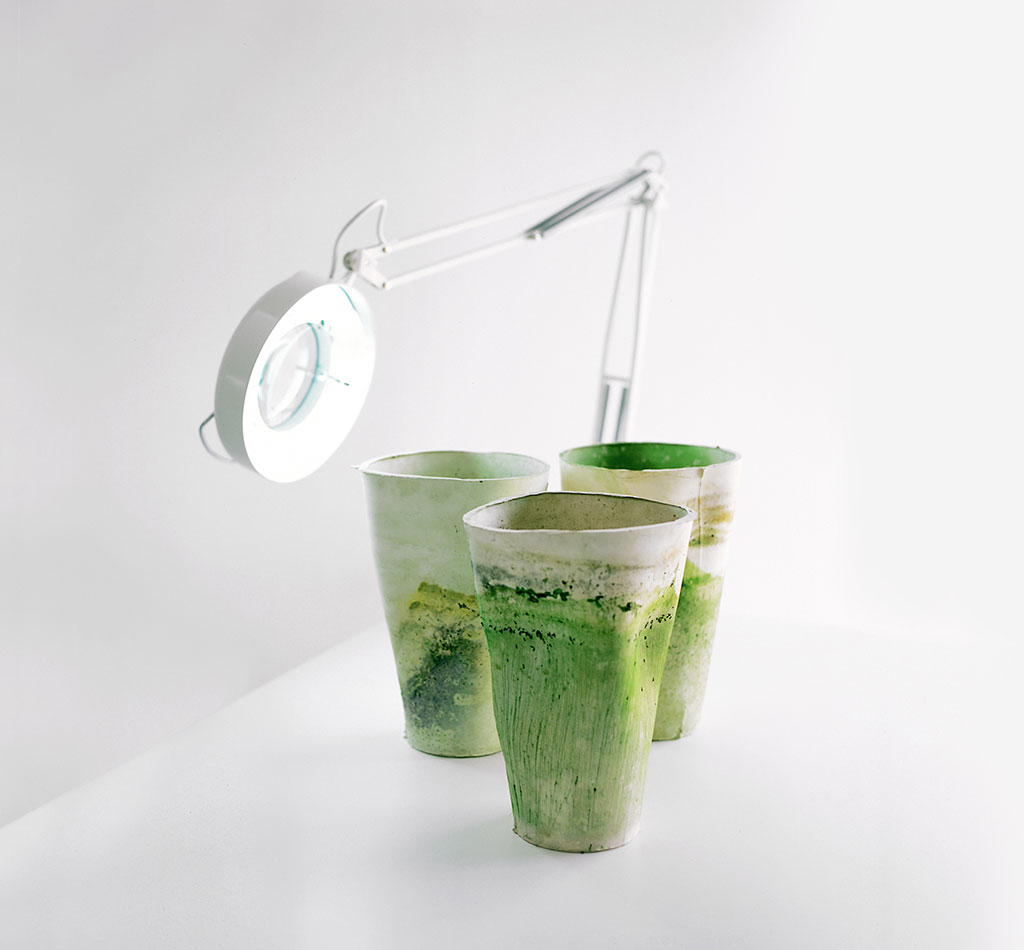 Natural Stain is a reflection on natural decoration. It is a series of very porous white ceramic vases which were left in natural spaces in the middle of nowhere for a year during which time they were colonized by mosses and other organic growths creating micro landscapes and bringing to light the power that nature has to appropriate the artificial and leave its mark.The first version of this idea was developed in a workshop given by Martín Azúa in The École de Beaux-Arts de Saint Étienne, 1998.
Domus December 2000 / Francesca Picchi

Martin Azua, belongs to the school of thought that sees experimental methods as an essential part of design. By that token, he radically explores a subject that is a classic for schools of applied art: the relation between ornament and natural forms. ln recent years decoration has been a hobbyhorse of design. The reaction to ascetic modernism involved cladding the surfaces of objects with abstract signs and chemical colours. When post-modernism of this kind ran out of steam, there was a renewed questioning of the meaning of signs, focusing on the most ancient cultures or at least on those that appeared not to have been tainted by the consumer market.

Azua’s vases express a radical reflection on the theme of naturally inspired decoration by going to the direct source of all inspiration: nature. Traditional decorative design manuals urged the artist-decorator to reproduce nature, not so much in order to imitate  its appearance as to spot the hidden laws that would enable them to establish a new “sense of order”. But in Azua’s work the ‘bearing’ theme of decoration is grafted on to another element involved in the changing appearance of things: the patina of time. He has entrusted a series of highly porous white ceramic vases to that through their sensitive surface, registers the erosive action of water and rapidly become colonised by minute living organisms like lichen and moss. Without any interest in style, Azua is looking to carry out similar experiments with such ‘natural’ decoration in a variety of environments and in different parts of the earth. It’s not so much the vase itself that interests him, but the search to embrace surfaces on a larger scale pavements and architectural cladding, for example. This could all be designed in such a way as to accept the action of weather, environment and natural processes. 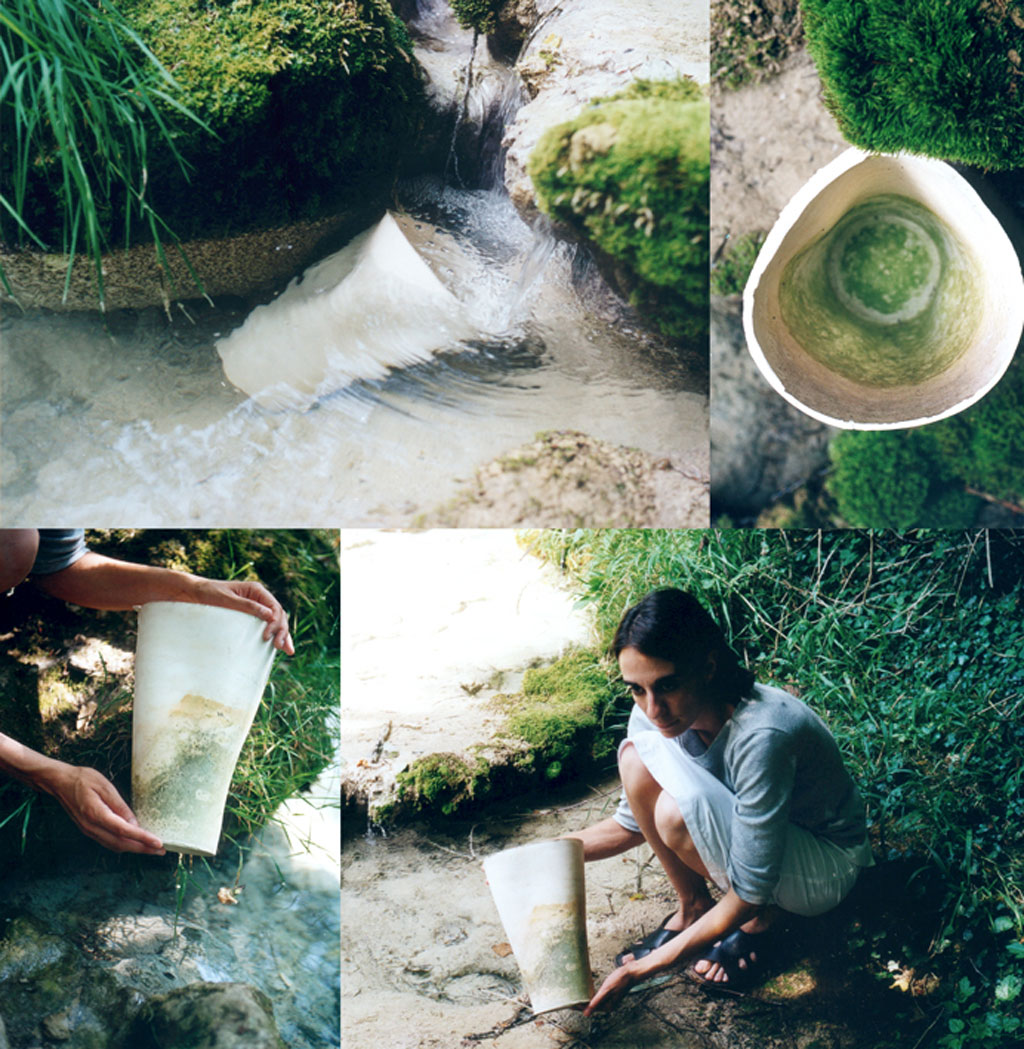 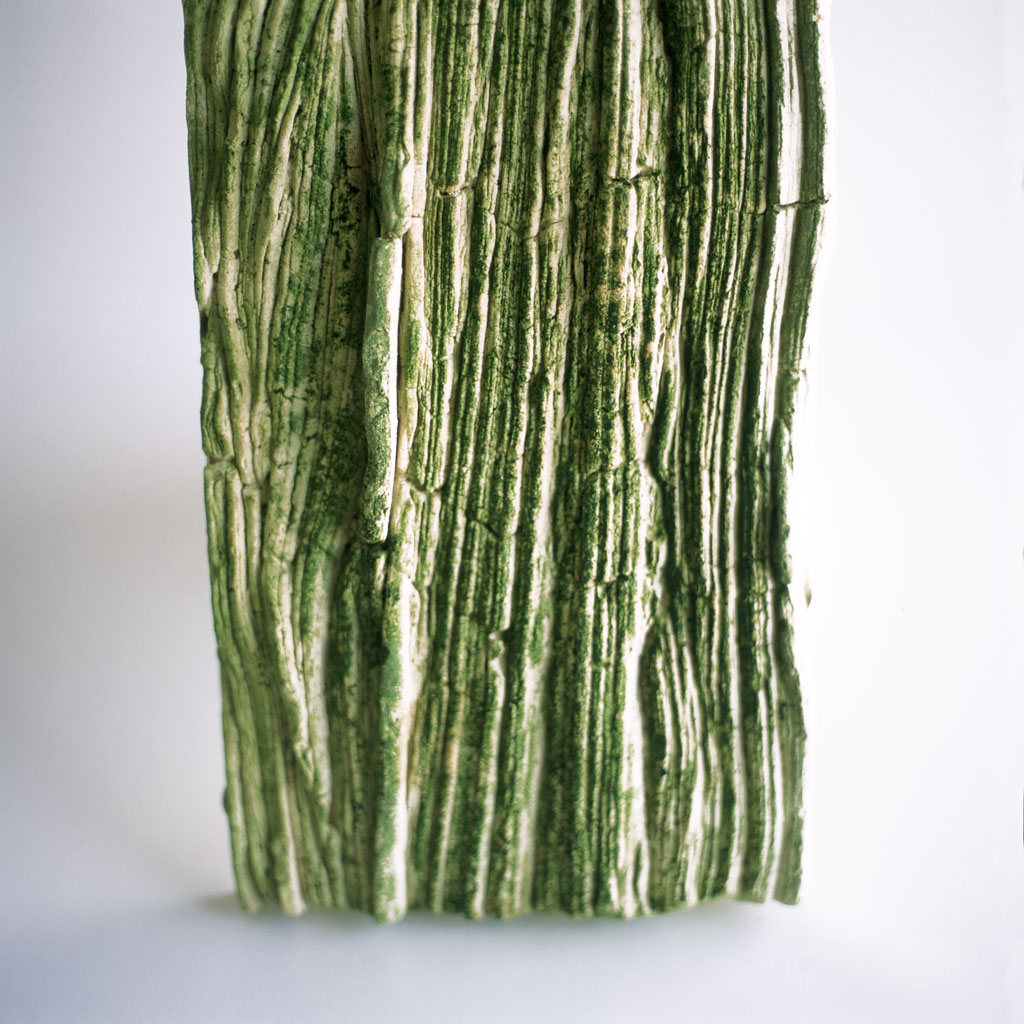 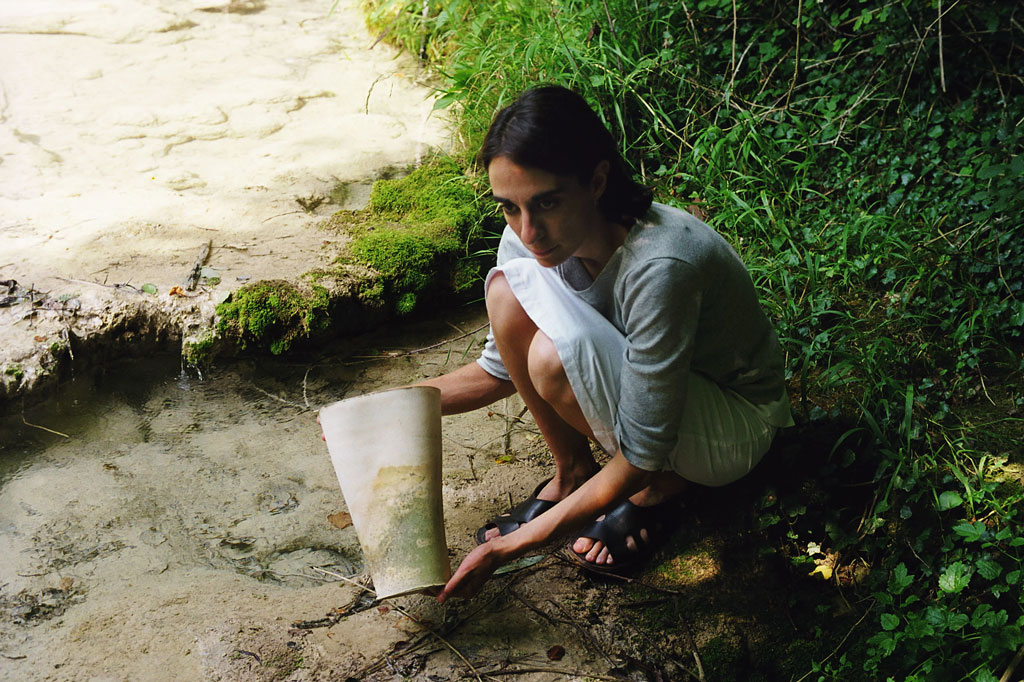 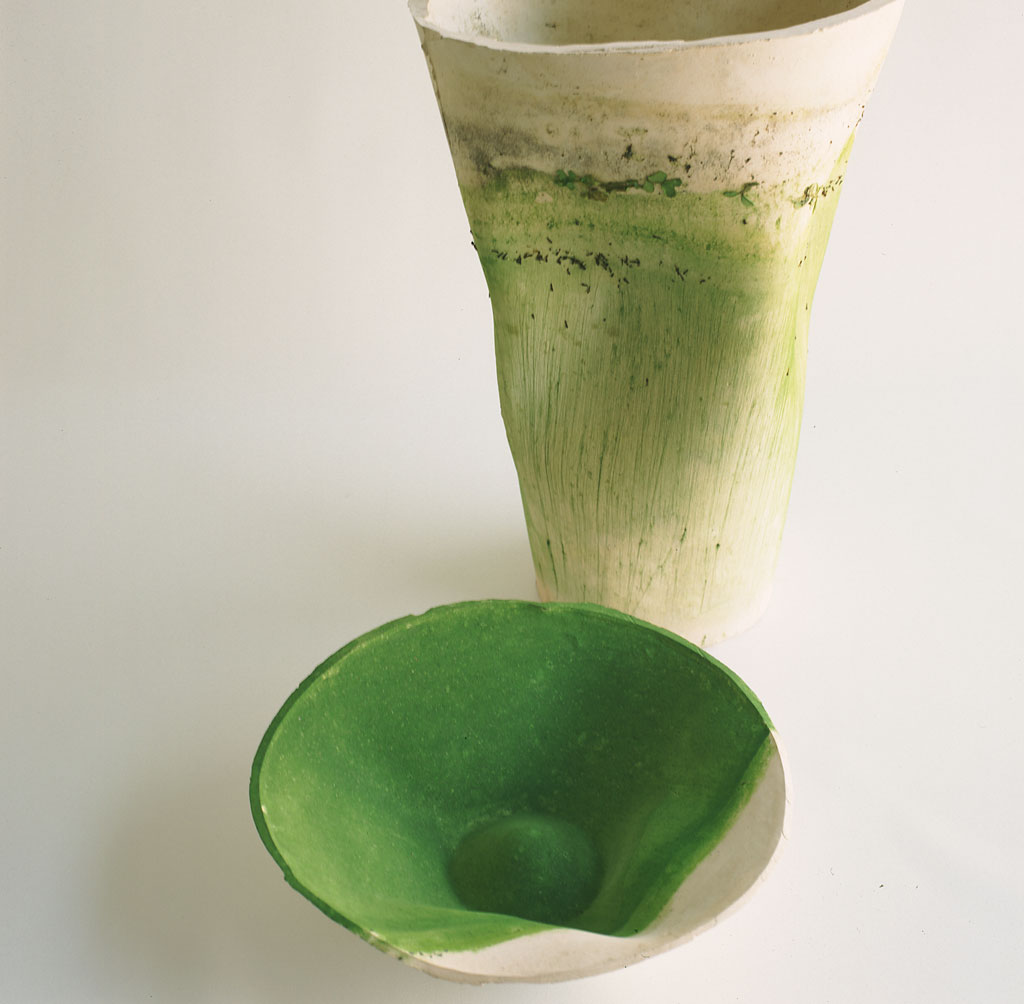 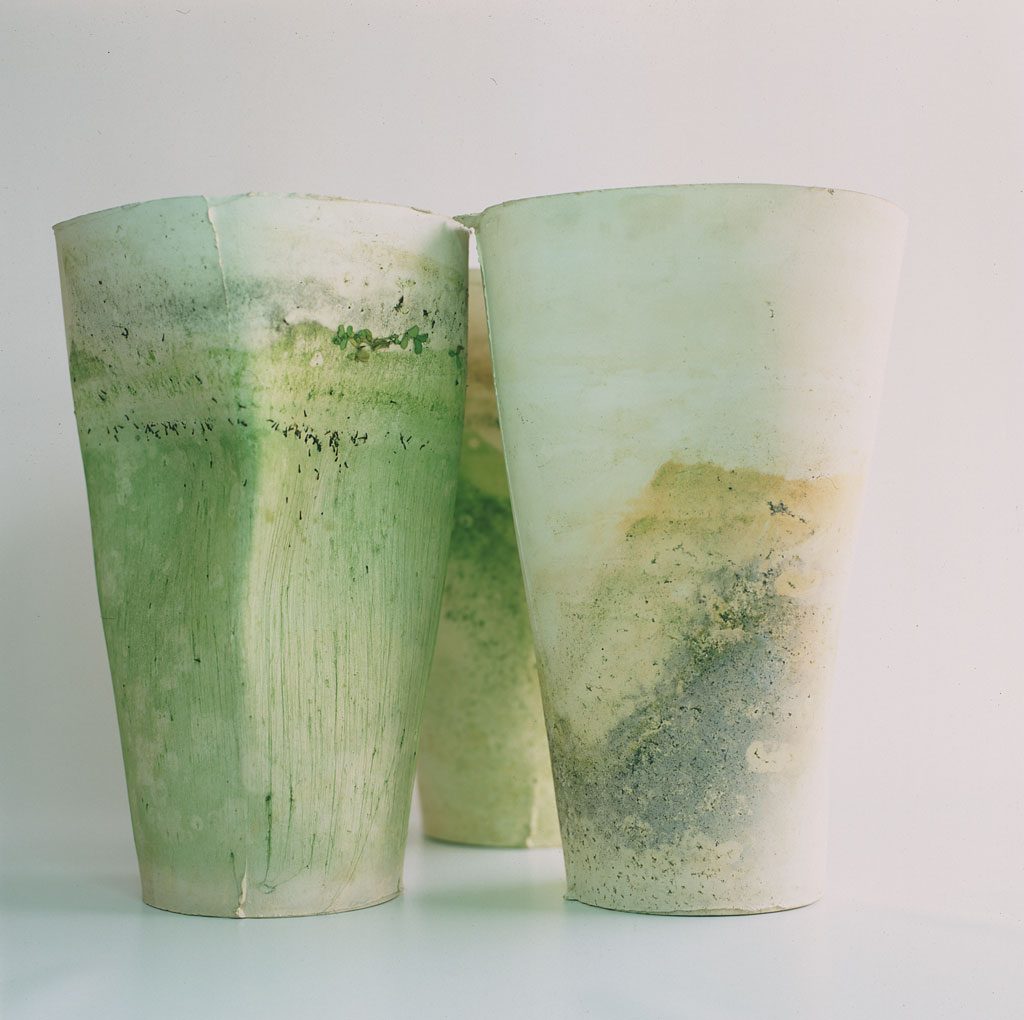 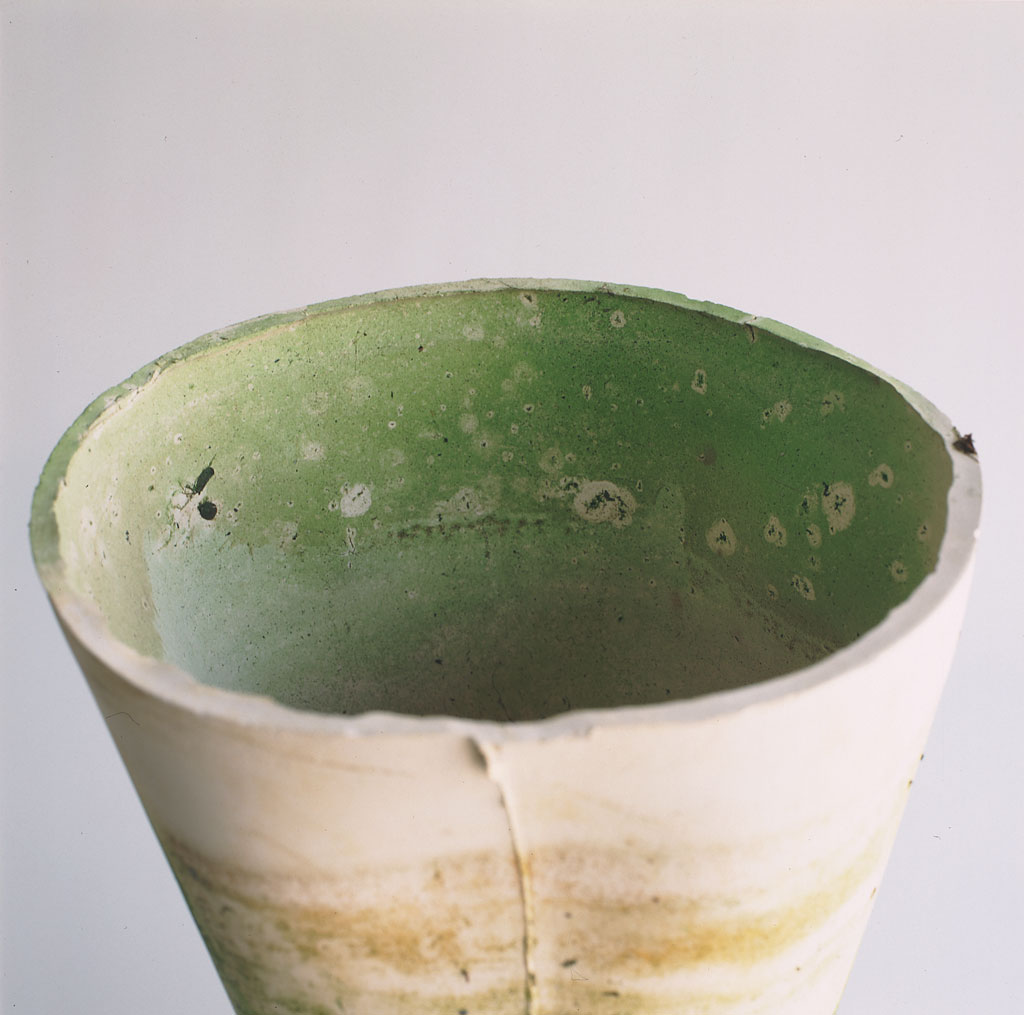